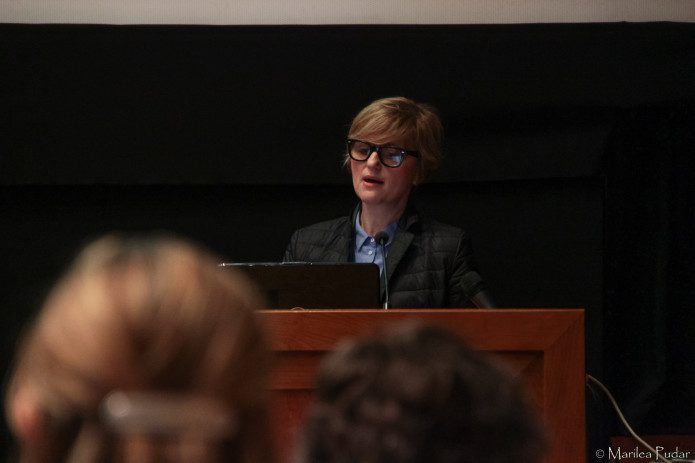 Plenary Presentation “Social and Epistemic (In)justice” – Professor Snježana Prijić-Samaržija, (Director of CAS SEE, University of Rijeka) at the 4th International Conference of the Group for Social Engagement Studies, Institute for Philosophy and Social Theory in cooperation with Friedrich Ebert Stiftung, The Center for Ethics, Law and Applied Philosophy and Center for Advanced Studies, University in Rijeka Social Justice: New Perspectives, New Horizons, held in Belgrade, May 4-6, 2016. “Truly social epistemology has in its core the assumption that socio-political issues are an additional proper concern in epistemology. The concept of knowledge, as well as the procedures of acquiring, retaining and revising our beliefs, is inevitably connected with structures of social power. The main aim of my paper is to investigate the dependence of credibility judgments about other people’s epistemic or rational authority on social identity determined by social power(lessness). I have made a distinction between three types of cases. There are cases of credibility excess and credibility deficit directed toward different social groups, which represent occurrences of epistemic injustice or the epistemically wrong and politically unjust discrimination in ascribing rational authority. There are also cases of credibility excess and credibility deficit based on belonging to a certain social identity that are not cases of epistemic injustice, but instead of epistemically and  politically justified appraisal. However, the most intriguing is the third group in which the excess or deficit of credibility are epistemically justified but politically culpable or politically justified but epistemically culpable. Finally, I have argued in favour of hybrid virtues whose substantial value is in harmonizing socio-political and epistemic aims in a consistent way.”