Kindergartens: laboratories of change in the community 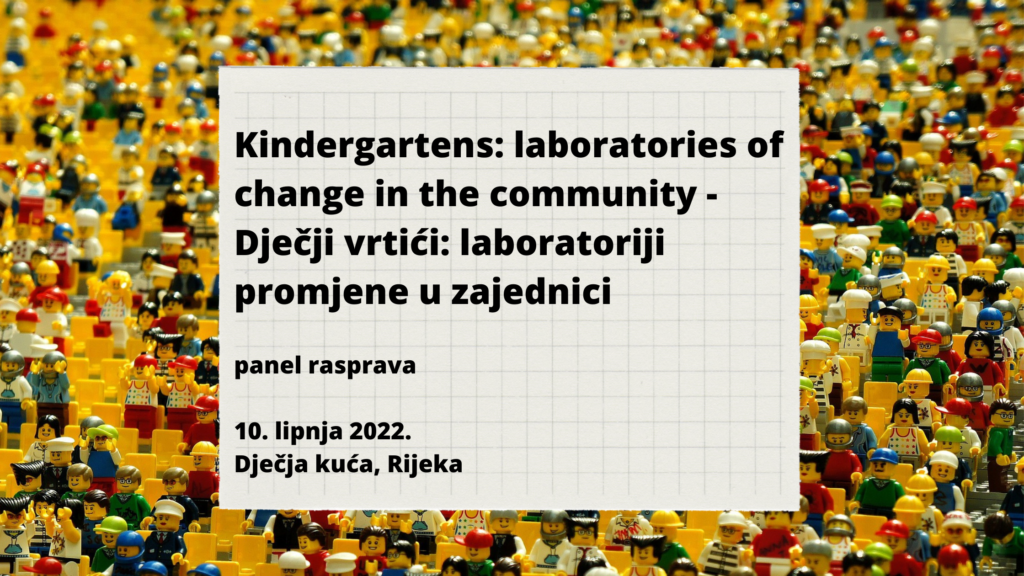 „it takes a village to raise a child“. The ‘village’ of the metaphor describes the complex ecosystem that carries on the labour of care during the early years, from extended and expanded families to formal and informal organizations and institutions that provide childcare. But what if the village is broken, left under-capacitated, and neglected? What are the complexities and possibilities intertwining contemporary early-year childcare and collective wellbeing?

In Commoning Care & Collective Power Manuela Zechner traced the twin genealogies of childcare commons and the micropolitics of municipalism in Barcelona, showing how grassroots movements engaged in new institutional experiments after Spain’s 15M movement were marked by struggles for social reproduction and a new feminist politics.

The book presentation will be followed by a conversation with speakers who share a diversity of points of view, bringing into dialogue local and international kindergarten experiences, and different pedagogical and organizational models, to facilitate a public reflection on possible future directions for the sector.

Manuela Zechner is a researcher and facilitator working across the social movements, academia and the arts. She currently works on&with struggles across ecology and care, within the MovE research project based at Jena University, as co-producer of the Earthcare Fieldcast, and as part of the Common Ecologies School that is launching in spring 2022. She published Commoning Care & Collective Power with transversal texts (free pdf download) and runs the Future Archive project since 2005.

Koko Lepo is an autonomous kindergarten and youth solidarity collective based in Belgrade. This “experiment in solidarity” ran from 2013- 2016, uniting activists from the InexFilm social center and families of the informal Roma settlement Deponija.

Katarina Turković Gulin: the president of SIDRO – Educators for the Protection of Children’s Rights in Kindergarten, an association that fights for the implementation of laws and State’s pedagogical standard in all Croatian kindergartens.​​Turković Gulin in 2020. started a public camapaign #odgojiteljnijeteta, with soon more than 320.000 supporters in Croatia. She leads a great network of experts and activists from different fields from all aroud Croatia with the mission of helping and providing supprot and insuring the rights for preschool teachers.

Dr. Jasna Krstović is the former Dean of the Faculty of Teacher Education, UNIRi.  Her field of research includes early and preschool education. With her scientific research work she contributed to the development of educational practices in Croatia, introducing a number of new study programs. Her role in the development of a new concept of graduate study for early and preschool education, the first of its kind in the country, is especially significant. From 2012 to 2016, she was the first president of the National Council for Education, the umbrella body for educational policies.

Sanja Bojanić is a researcher immersed in the philosophy of culture, media, and queer studies, with an overarching commitment to comprehend contemporary forms of gender, racial, and class practices, which underpin social and affective inequalities specifically increased in the modern societal and political contexts. Recent publications include ‘Emancipation of Women vs. Misogyny’, in Between Reflexive Violence and Violence of Reflexivity: The Place of Critique in the Reality of Domination (Rowman & Littlefield, 2022) and ‘Can the Forests be Xenophobic? Migrant Pathways through Croatia and the Forests as Cover’(Sentient Ecologies Vol. 31, 2022).