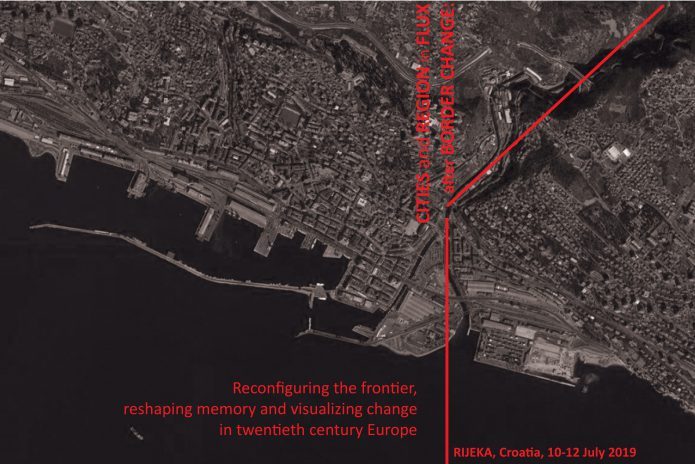 Since the end of the First World War, cities and regions in Europe, particularly in the eastern half of the continent, witnessed frequent changes in borders. Previous research on border change and territorial transfers has focused on the actions of nationalizing regimes after the 1919 Paris conference, as well as the post-1945 transfer of territories in East-Central Europe and ensuing flight, expulsions and repopulation programs (Rieber 2000, Ther and Siljak 2001, Ballinger 2003, Crainz Pupo and Salvatici 2008, Snyder 2010, Ferrara 2011, Thum 2011, Reinisch, and White 2011, Ferrara and Pianciola 2012, Service 2013, Sezneva 2013). Recent research has analysed how states appropriated cities and regions they gained from neighbours (Karch 2018), and, in the case of socialist states, used urban remodelling as an opportunity to showcase socialist modernization projects , as occurred in Lviv, Ukraine (Amar 2015) and in Yugoslavia (Kulić and Mrduljaš 2012, Le Normand 2014). While research on transferred cities and territories has tended to see border changes primarily as ruptures tearing people from their old lives and cutting cities off from their previous national frameworks, this emphasis is called into question by scholarship by geographers and sociologists who comprehend cities not as discrete entities but as nodes within regional, national and global networks. From this perspective, cities are spaces in which flows of different types (goods, labour, capital, information) enter, converge, and exit, connecting these cities with other circuits and points across the globe (Massey 1991, Castells 2002, Harvey 2003).

We welcome contributions which investigate:

While the focus is on historical processes and the reshaping of memory practices, we invite scholars from a variety of disciplines who can contribute different perspectives and methodologies, including researchers who employ digital methods. The conference will include a special panel on how digital mapping can challenge our understanding of sociopolitical processes. The conference aims to be a platform for exchange among researchers on various contexts using an array of methods, in order to push forward and expand our understanding of history and memory in border areas.

Travel stipends and free accommodation may be available for a limited number of participants, pending funding application decisions – please mention in your application if you would like to be considered for funding.

The conference is organized by the Centre for Advanced Studies South East Europe at the University of Rijeka, with the support of the Social Sciences and Humanities Research Council of Canada-funded project “Rijeka in Flux: Borders and Urban Change after World War II” (https://rijekafiume.geolive.ca/), the Memoryscapes project’s “Seasons of Power” flagship programme for Rijeka 2020 – European Capital of Culture, and the Max Planck Institute for the Study of Religious and Ethnic Diversity Research Group, “Empires of Memory: The Cultural Politics of Historicity in Former Habsburg and Ottoman Cities”.