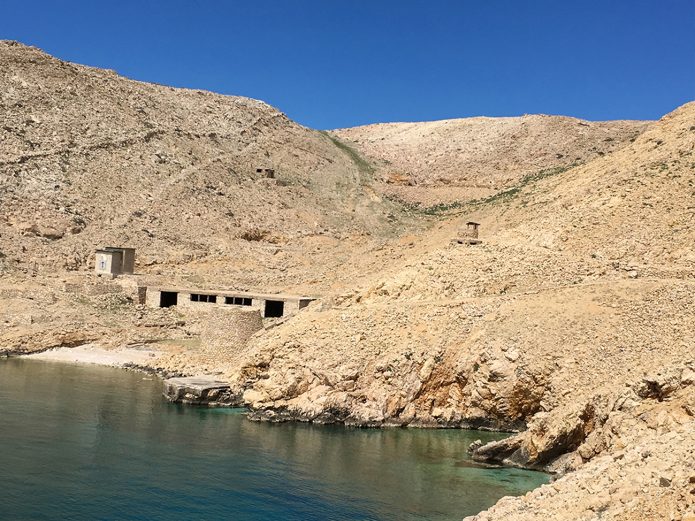 As part of artist Andreja Kulunčić’s project, “You Betrayed the Party Just When You Should Have Helped It,” anthropologist Renata Jambrešić Kirin and feminist theorist Brigita Miloš held a workshop in partnership with the Center for Advanced Studies of Southeastern Europe – University of Rijeka. The event has taken place on Zoom on the 24th of November, from 14.30 to 16h.

The workshop, “Where Are the Women of Goli Archipelago?” is envisioned as a dialogue between feminist theorist Brigita Miloš and anthropologist Renata Jambrešić Kirin on the topic of “how feminist archival practices engendered new historical narratives” (Eichhorn 2013) and how digital non-stationary willfulness archives (Ahmed 2014) conceptualize and organize messy, intermittent, entangled, cyclical and corporeal women’s lives. Each archive is a peculiar place of difference and/or exclusion, and the (digital) rearrangement of Yugoslav cultural memory regularly omits the history of women as political prisoners or victims of the “red terror.” Based on the artistic research project, “You Betrayed the Party Just When You Should Have Helped It” by Andreja Kulunčić, the workshop will show examples of ethical-aesthetic confrontation with the “invisible” former spaces of women’s political gulags on the islands of Sveti Grgur and Goli Otok which through the practice of “late capitalist ruination” (Tsing 2015 and Stoler 2013) become places of forgetting, carelessness, and touristic commodification. As Jasna Koteksa, author of Against the Pre-Archival Mentality (2006), points out, women’s archives attempt to hold on to women’s lives and their complexities: “It’s an attempt to archive all of the past, including the pain and the idea for its unravelling”.

*Visual artist Andreja Kulunčić’s project, “You Betrayed the Party Just When You Should Have Helped It,” organized by MAPA and Goli Otok Ante Zemljar, is a continuation of the artist’s long-standing interest in the position of women in society, based on her engaged artistic practices which question the ideological, social, and political sphere. The project departs from dominant conceptions of memorialization and commemorative practices by thematically centering the history of women’s imprisonment on the Goli archipelago. The focus of the project is the position of women detained on Goli Otok and Sveti Grgur from 1949 to 1956, who remain marginal in public discourse on totalitarian violence in Yugoslavia.

Collaborators on the project are anthropologist Renata Jambrešić Kirin and psychotherapist Dubravka Stijačić.

The project “You Betrayed the Party Just When You Should Have Helped It,” is produced by the associations Goli Otok Ante Zemljar/Darko Bavoljak and MAPA/Maja Marković.

The project is funded by the “Kultura Nova” Foundation, EPK Rijeka 2020, the Croatian Ministry of Culture, and the City of Zagreb.