Through the silence with the wind

The participants sailed from Opatija to Cres and back to Opatija. They used sign language adapted to the conditions of sailing and life on the sea.

In the Moise Palace, we hosted the professional conference “The Sea for All”, which was simultaneously translated into sign language. The participants were greeted by the Mayor of Cres Marin Gregorović and the Head of the Center for Advanced Studies of the University of Rijeka, Sanja Bojanić. Lectures were given by Jadran Rubeša, Zdravko Kolundžić, and Ines Lazarević Rukavina from the Teaching Institute for Public Health PGŽ. Jadran Rubeša, Master of Educational Rehabilitation, spoke about diving for people with disabilities. Dr. Zdravko Kolundžić presented the Speech Therapy Center and the Study of Speech and Language Pathology at the University of Rijeka. After the meeting, a diving course was held at the Kovačine camp.

Head of the Speech Therapy Center and head of the study of Study of Speech and Language Pathology at the University of Rijeka, Dr. Zdravko Kolundžić, in addition to presenting the studies and the Center, added that a recently opened speech pathology clinic in Rijeka was founded because of the extreme need for its existence. There are only 800 speech therapists in Croatia, and in our county, only about 20 therapists in the public system. In the discussion, the people of Cres pointed out that a speech pathologist has been working in Cres’ kindergarten and school for many years, and that Cres is far above the county’s average.

As part of the event, a watercolor art workshop “Postcard from Cres – Trough the silence with the wind” was held, led by Darija Žmak Kunić and assistant Mirna Kutleša from the Academy of Applied Arts at the University of Rijeka. 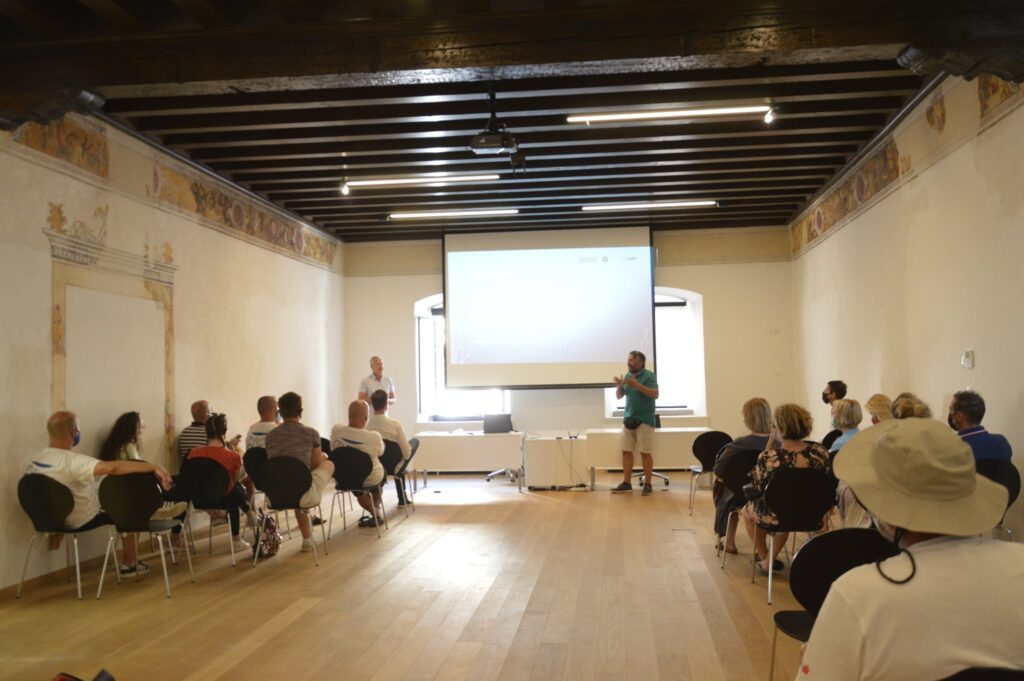 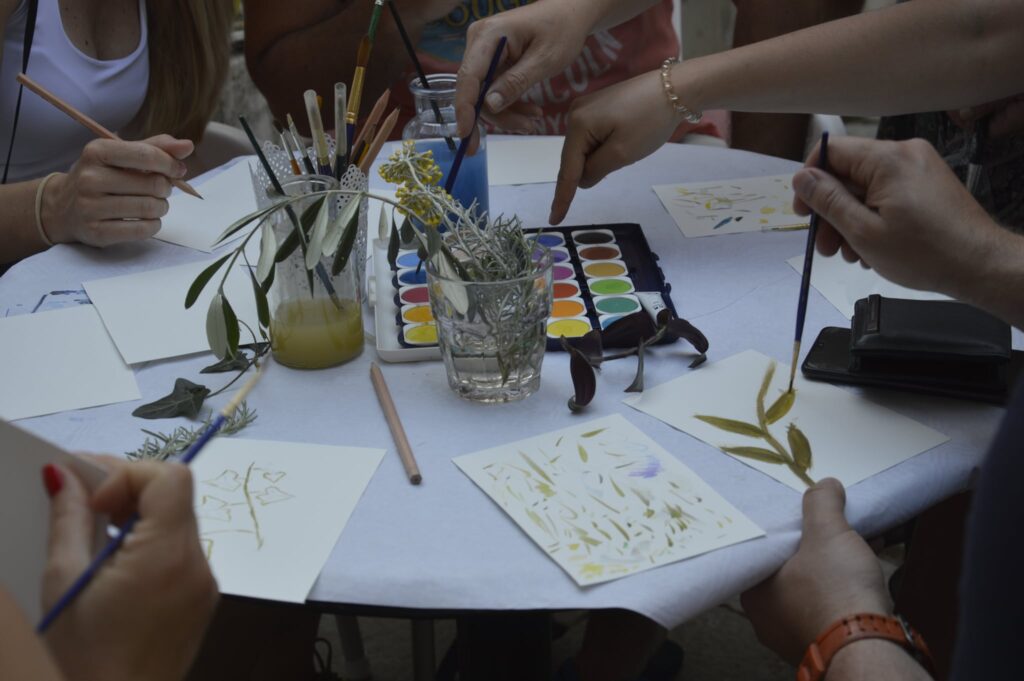