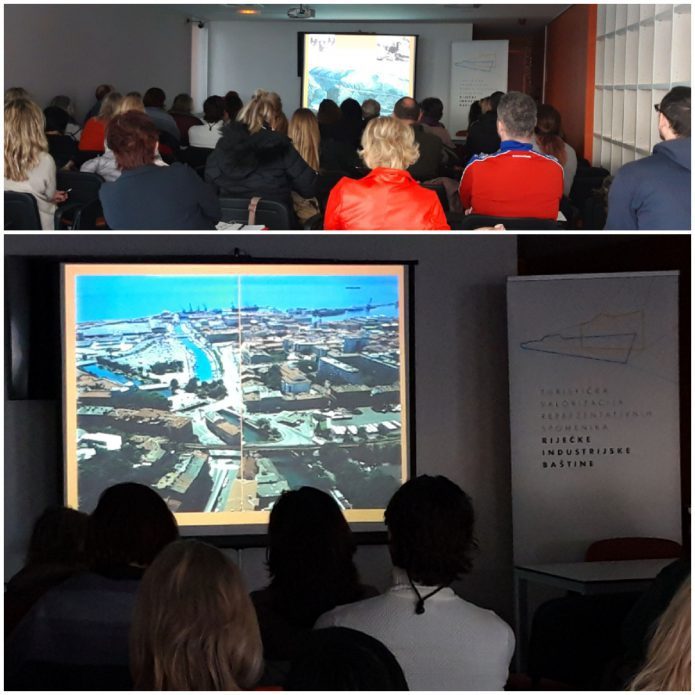 The lecture by Center for Industrial Heritage director, prof. dr. sc. Julija Lozzi Barković, focused on the east industrial zone of the city, exploring the rich history of various objects. From Vodovodna Ulica to Delta, numerous sites “hide“ relevant insights into city’s development and should be regarded as waiting for valorization. The director of the City Museum of Rijeka, m.sc. Ervin Dubrović held a lecture on Andrija Ljudevit Adamić, the famous city patron, an enterpreneur of early industrial age, responsible for the accelerated development of the city in 19th Century.

The second part of the program featured the lecture by m.sc. Velid Đekić (City Museum of Rijeka) on the subject of Barač Street (“Historical and tourist stroll throught the cradle of Rijeka’s industry“), which introduced numerous intriguing and historically relevant objects and persons connected with the presently largely neglected zone which not so long ago had at least one traffic jam a day. The education was wrapped up with a lecture by Kristina Pandža from Center for Industrial Heritage focused on the “First years in Rijeka’s factories after the Second World War“, overviewing the historical, cultural and economic developments taking place in the course of the rebuilding of the city following the war devastation.