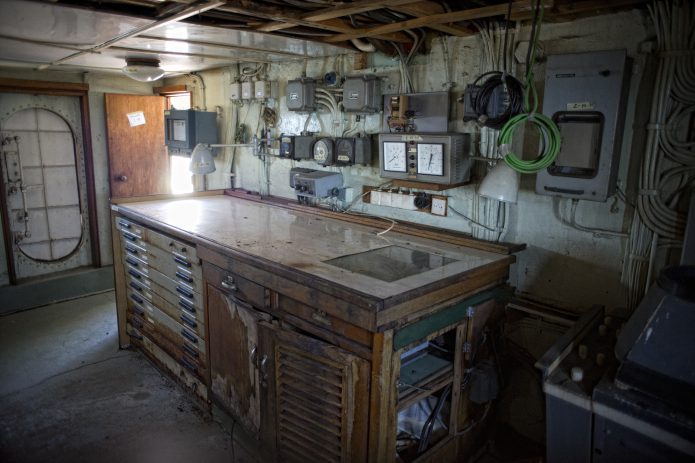 in collaboration with the Culture Hub Croatia and European Heritage Volunteers

invite you to the Photo credits: Museum of the City of Rijeka

Luka Rodela, Molekula association, presentation of the reuse center in the framework of the Forget Heritage project. Photo credits: Museum of the City of Rijeka 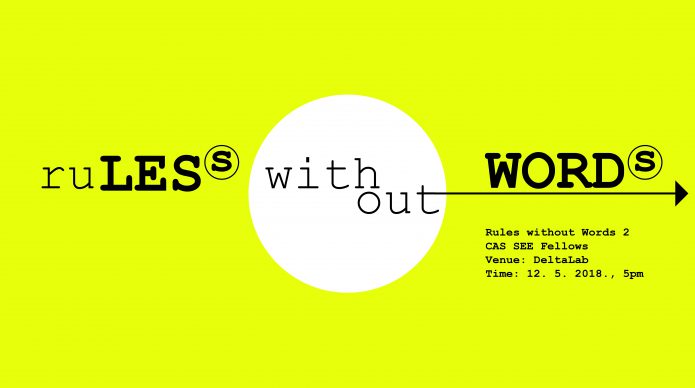 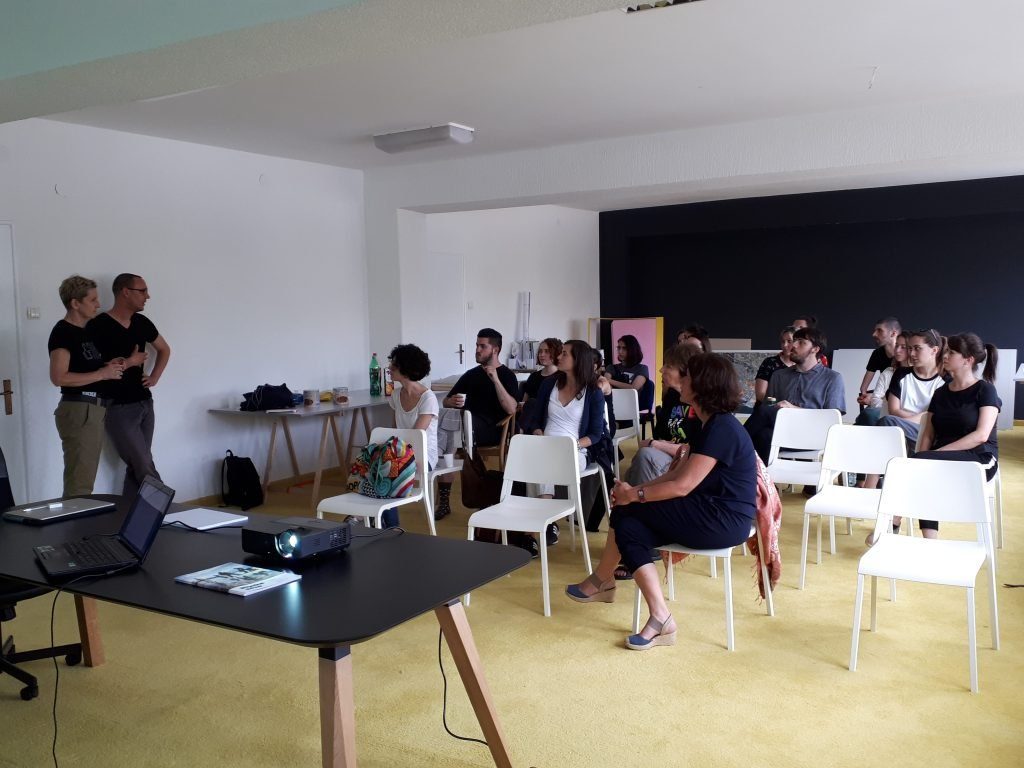 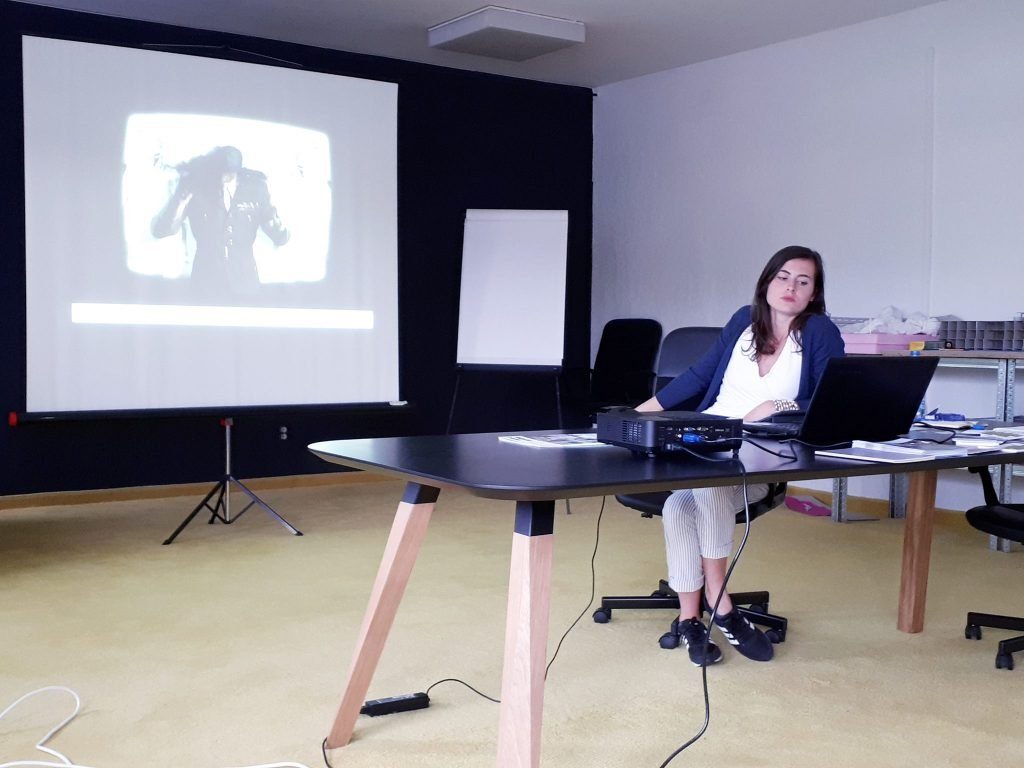 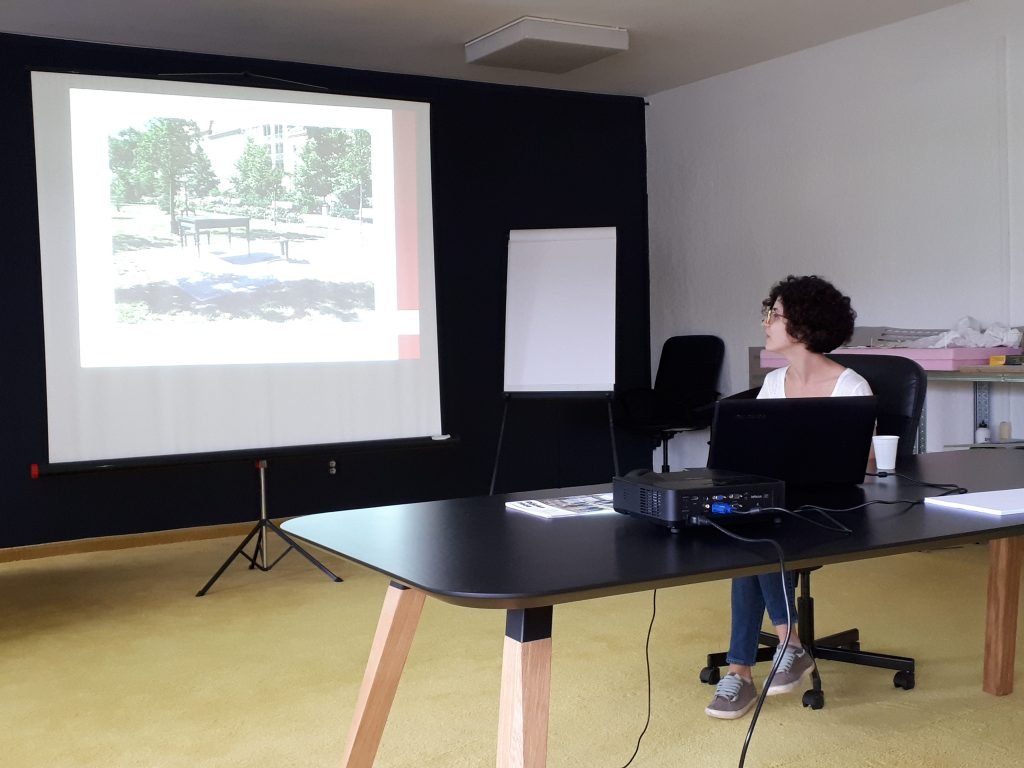 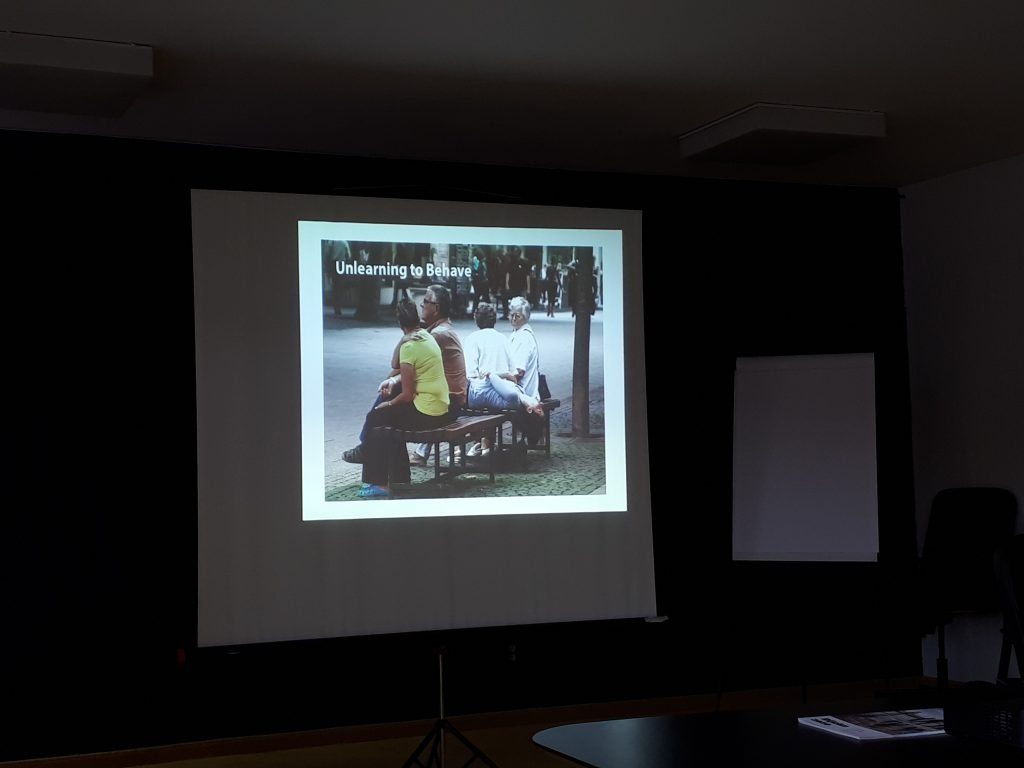 The seventh, Summer 2018, generation of CAS SEE Fellows continues investigations into non-verbal normativity. This year’s seminar is reflective of the diversity of themes which may gather under the umbrella of “rules without words”, with Fellows tackling issues of requiredness, unlearning and Laibach. The language of the lectures and the discussion is English. The seminar is open to public. Discussants and audience members from all professions are invited.

17.00 | Francesca Forlè: “ Requiredness in a World of Facts”
17.30 | Daniela Brasil: “Unlearning How to Behave: Exercises of civic disobedience in and
outside the classroom”
18.00 | Polona Sitar: “The Laibach Phenomenon: Ideology, Art and Popular Music”

In her 2015 paper on value realism, De Monticelli presents an everyday-life case of non-verbal normativity (De Monticelli 2015, 85-86). While visiting Berlin, she ended up in a small park called Koppenplatz, in the heart of Mitte. There was a green table there, with two chairs nearby: the all setting seemed to be a piece of public furniture provided by the city. One of the two chairs was upside down. The author was strikingly deluded when she tried to put this chair in the upright position: the chair could not be turned over because it was fixed on the soil. Indeed, the table and chairs were a work of art, properly a memorial of the war and the Nazi tragedy: that small disorder in that setup was a symbol of a violated home and the violated everyday life caused by the war. For our purposes, the author’s delusion is interesting because it spread out of the experience of something that ought to – or required to – be put in order. The upside down chair of that setup in Koppenplatz required be putting in the right position, and motivated the author to act appropriately. What is that requiredness-trait that emerges from some objects in the world and appears to be somehow normative for the subject facing it? In this talk, I will present Köhler’s notion of requiredness, and how it accounts for normative (non-linguistic) properties in a world of facts.

Daniela Brasil: “Unlearning How to Behave: Exercises of Civic Disobedience in and Outside the Classroom”

Focusing on adult education, unlearning is proposed simultaneously as a pedagogical, artistic and social practice. It uses small gestures as tools to trigger sensitive experiences while playfully and critically intervening in the world. This paper examines the methods used in selected classes I have facilitated in the Institute of Contemporary Art of the Gra University of Technology in Austria for the past five years. Specifically, the classes proposed exercises that open up critical reflections on the social impact of our (in)visible behaviors, choices and attitudes, by inciting students to make gestures that matter: gestures that disrupted normativity implicit in Austrian public spaces. This study brings to the foreground one course entitled “Creleisure: Towards Another Economy of Creativity and Time”, which drew on Hélio Oiticica’s claim from the early 1970s to merge creativity with pleasure and leisure. Creleisure became a motto to de-naturalize normative behaviors and biased worldviews overseen by students in their daily lives, while suggesting that collective joy and playfulness can be meaningful tools for (un)learning practices: inside and outside the classroom.

In November 1980 a poster appeared on the walls of the Slovenian mining town of Trbovlje. All that it contained was a black cross and the name Laibach. With the poster once anonymous musician and art group was noticed for the first time. The name of the group appeared to the Yugoslav authorities disputable at that time as it contained a fascist connotation – the name Laibach was a German name for the capital of Slovenia (Ljubljana) during their occupation in the WW2. The persecution reached its peak in 1983, when the Union of the Socialist Workers Party in Ljubljana banned the group from using the name. Due to the historically disputable name Laibach, the appearance of members of the group in which people saw the Nazis and because of their performance, that resembled the content of political propaganda instead of a regular rock concert, the audience saw the destroyer of the state order in the group. With the music performed by Laibach, the political system and the popular culture are being questioned on the basis of the fusion of popular music and political ideology (with the provocative use of symbols and the aesthetics of totalitarian ideologies). Although Laibach is primarily a music group, its members are concerned with its graphic design and scenography, in the past they were publishing philosophical and theoretical texts, worked with the theater and visual/film art etc. While focusing on the non-verbal normativity through the perspective of studying ideologies articulated through popular music and propagated in artistic practices, this contribution will try to answer the question why the band Laibach breeds anxiety in the listeners, where this anxiety originates from, what its purpose is and what is the meaning of the presence of Laibach in the core of popular culture today.

Event visuals are made by Nataša Janković. 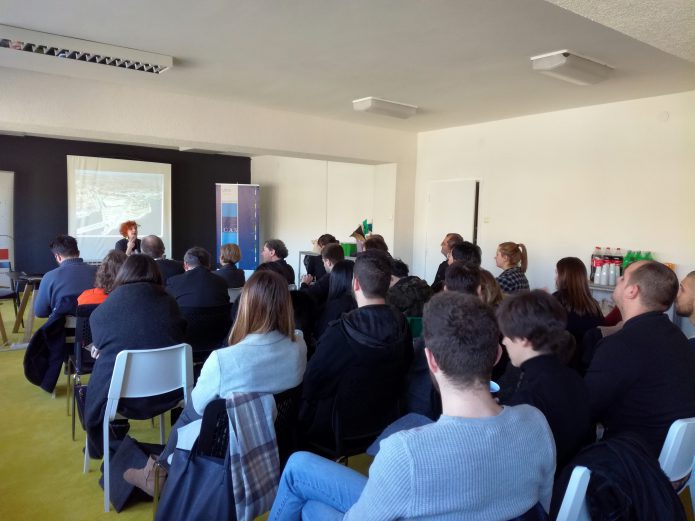