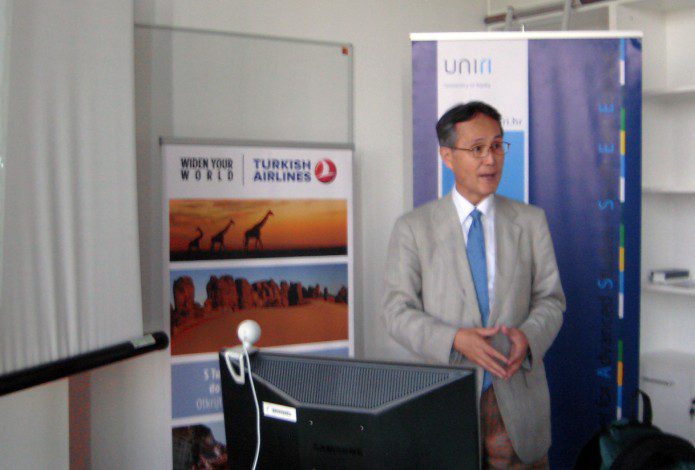 Internationality and Simultaneity of Popular Music:
Experiences of the Japanese Labour and Socialist Movements in the late Nineteenth and early Twentieth Centuries

We often hear that there is no border in [the world of] music, but we know much about national, and particularly local characteristics of popular music. How popular music could come across local, national and class borders? This lecture will look at some aspects of internationality of socialist and trade unionist songs, especially Japanese experiences in the early socialist and labour movement music, and then point out an significant change after the First World War which is normally considered to have had little influence upon Japanese culture and society.
In this lecture the word “popular music” means not only commercially provided music established typically after the First World War such as sheet music, performance, records, broadcasting, and music in film etc., but also music directly sung and played by, and enjoyed among people which could be observed in very old period. Therefore popular music is music other than classical music, court music, church music and military music, and it includes music among socialist, trade unionist, nationalist or patriotist, chorus and brassband movements.