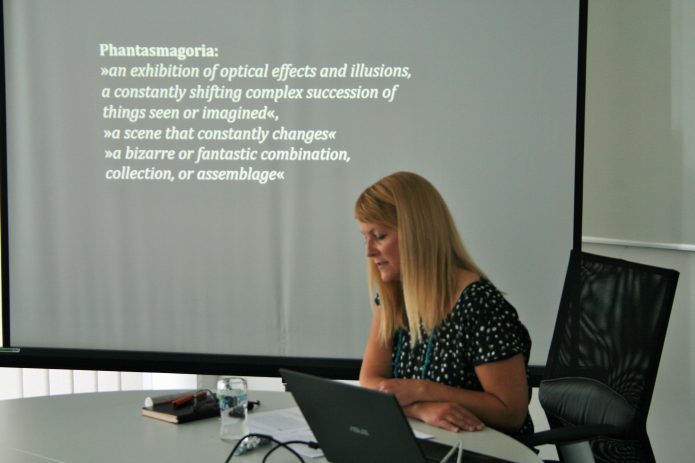 Architecture as Ideology: the perspectives of critical theory (Benjamin and Adorno). An attempt

“The ideological attunement of architecture will be the key focus of the lecture, where the work of two promi-nent philosophers of critical theory on the topic of architecture, namely Walter Benjamin and Theodor W. Adorno, will be outlined. Architecture can be understood as a crucial (spatial) representation of ideology, that was questioned in length in this regard within critical theory. The notion of Benjamin’s phantasmagoria and of Adorno’s conception of functionalistic architecture will be compared in order to give a more specific look into the mechanisms that are fostering the understanding of architecture and its dialectical contradictions, including ideology. The question of an autonomous art, including architecture, will be set at the conclusion of the lecture, in connec-tion with the forthcoming project of Rijeka as the European Culture Capital.”

The aim of the research project of Mateja Kurir at CAS SEE is to prepare an article outlining the reception of architecture in critical theory from modernism to the present in order to reflect on architecture as a spatial formation of ideology in the age of neoliberalism.

Dr. Mateja Kurir is an independent researcher in philosophy and currently a fellow at CAS SEE in Rijeka. She is also a project manager and author. She lives and works in Slovenia. Kurir received her PhD in Philosophy in 2014 at the Faculty of Arts, University of Ljubljana. The subject of her PhD was the understanding of modern-ist architecture in philosophy, namely in Heidegger’s and Freud’s comprehension of the concept of das Un-heimliche. Her primary field of interest is the theoretical positioning of (architectural) modernism in philosophy. She published numerous articles and prepared several radio broadcasts on this topic. She worked as Visiting Scholar at the University of Leuven (Belgium) in 2015, presented her work at international conferences (ISPA – University of Bamberg 2016; University of Lisbon 2015) and gave several lectures in Slovenia (MAO, Faculty of Arts, MSUM).