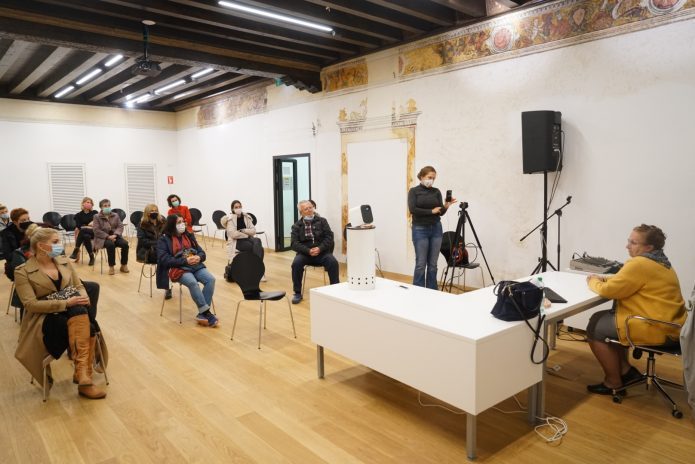 On Thursday, November 12th, Jasminka Ćus Rukonić, an archaeologist who dedicated a considerable portion of her career to the study of heraldry, gave a lecture entitled “The Coats of Arms in the Moise Palace“ at the Moise palace. The talk elaborated on the known coats of arms and their locations across the palace and explained how to interpret color when it comes to stone coats of arms. In the ensuing discussion, a couple of people from the audience shared their memories of the Moise family members from the past century.

The palace contains 35 coats of arms, most of which were revealed during the building’s recent reconstruction. Since most of these coats of arms – no less than 32 pieces – belong to the Petris family, the more recent scientific literature has been referring to the palace as the “Petris-Moise palace”.