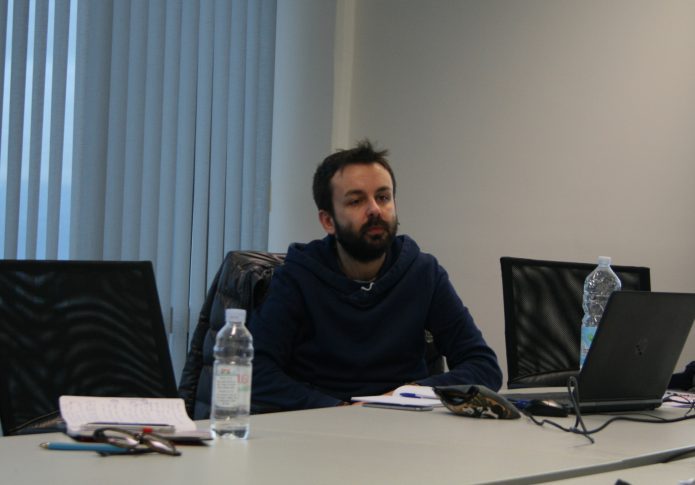 “Among climate experts there is an overwhelming consensus that (i) global warming is occurring, that (ii) this fact is alarming and that (iii) humans are causally responsible for it. Despite this, 16% of American citizens deny that (i) global warming is occurring, 48% of them question (ii) its seriousness, and 50% think that (iii) human activity has no role in causing it (Anderson 2011). These discrepancies can be observed in many other countries as well.

In this talk I will provide a normative framework to assess the attitude of those citizens that, like American citizens, in democratic public debates concerning the elaboration of public policies, mistrust experts,  i.e.  trustworthy  epistemic  authorities,  in  regard  to  beliefs  that  are  justified and  almost undisputed within the scientific community. I will argue that this attitude is bad, because citizens that show it do not possess the virtue of the epistemic trust in trustworthy epistemic authorities (ETITEA), which is demanded by the non-exhaustive ideal of the good citizens publicly debating in democratic contexts. According  to  this  non-exhaustive  ideal,  as  a  necessary  but  not  sufficient condition,  in democratic public debates citizens trust trustworthy epistemic authorities as a way to respect themselves and each other as peers in circumstances of epistemic dependence. In more detail, I will show that the virtue of ETITEA is required by three ideas specifying the non-exhaustive ideal of the good citizens publicly debating in democratic contexts, i.e. (i) the idea of rational citizens, (ii) the idea of reasonable citizens, and (iii) the idea of responsible citizens.

First, ETITEA is demanded by the idea of rational citizens (i). Rational citizens normally want to believe justified beliefs. Moreover, they want to act successfully, and know that justified beliefs lead to successful actions more than unjustified beliefs. Yet rational citizens know that in most domains, i.e. all domains in which they are not experts, they do not have first-hand evidence justifying the related beliefs, and cannot even acquire the expertise necessary to understand either the evidence or the claims relative to the evidence. In the light of this, rational citizens dismiss the idea of epistemic independence as irrational, acknowledge their epistemic dependence, and show trust in trustworthy epistemic authorities and their claims. In this way they can rationally hold beliefs in domains in which they are not experts, successfully act on their basis, and show respect to themselves.

Third, ETITEA is demanded by the idea of responsible citizens (iii). Responsible citizens do not want to unduly harm others and know that public policies based on unjustified beliefs likely harm others. Also, they are aware that they cannot autonomously shape justified beliefs in those domains in which they have no direct expertise. Responsible citizens, therefore, in public debates concerning the elaboration of public policies show trust in trustworthy epistemic authorities in those domains in which they are laypersons. This is a way to respect both co-citizens and citizens of other countries.

Having elaborated this normative framework, I will employ it to assess the public mistrusting attitude  showed,  within  democratic  contexts,  by  citizens  toward  those  trustworthy  epistemic authorities addressing global warming, and argue that it is bad because it shows a lack of rationality, reasonableness, and responsibility. Finally, I will outline some public and feasible strategies that should be used to modify this bad attitude.”