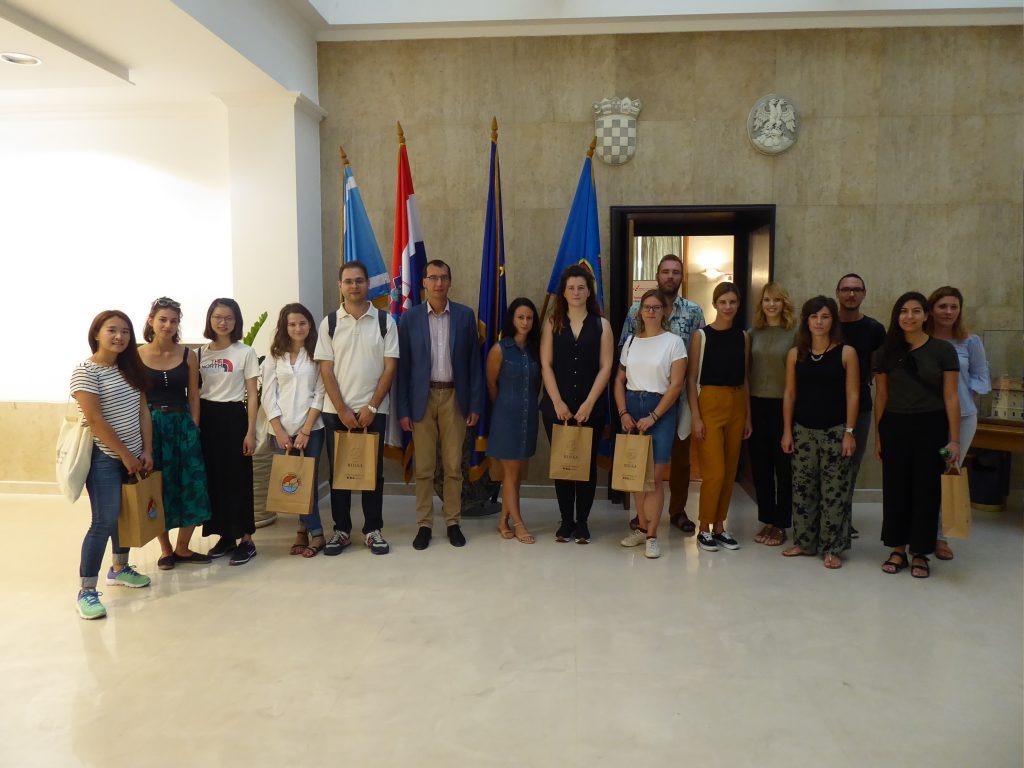 During the two weeks long Summer School, the students from Croatia, China, Russia, Chile, Hungary, Germany, Italy and Taiwan investigated and researched the possibilities of the innovative interpretation of the school ship „Galeb“ and the Sugar Refinery, two representative objects of Rijeka’s industrial heritage, which are currently in the process of renovation. The mentioned reception at the City of Rijeka was also an opportunity for a short presentation of the project “Touristic Valorisation of Representative Monuments of Rijeka’s Industrial Heritage”, funded by the European Regional Development Fund – Operational Program “Competitiveness and Cohesion”. The Croatia’s Ministry of Regional Development and the EU funds provided substantial amount of 68.891.606,18 kuna for the project’s development, with the total worth of the project of 81.339.442,05 kuna.

On Tuesday, 18th of September, Summer School program continued in Delta Lab, with a Conference on the Interpretation of Industrial Heritage, with experts from the field of cultural and industrial heritage valorisation and interpretation, including doc. dr. sc. Darko Babić (University of Zagreb, Faculty of Humanities and Social Sciences, Department of Information and Communication Sciences) co-founder of the “Interpret Croatia” Association, who provided a remarkable and detailed overview of the interpretation theory, focusing on the need of creating an emotional link between the audiences and the (information regarding) the heritage, and focusing on interpretation as a creative informal education and, moreover, the importance of understanding that heritage comes into being by being interpreted. He concluded that the ideal situation is that in which the local communities recognize their heritage and know what they want to gain from it and then seek the experts to tell its story.

The program continued with lectures and workshop with the „Muses“: Dragana Lucija Ratković Aydemir and Ivana Jagic Boljat who emphasized the importance of good communication and openness in working with the clients and the users of the interpretation, and the pronounced relevance of understanding the needs of the local communities from the very start of interpretation process. The afternoon session continued with lectures and presentations of best practice examples with Jelena Mateševac (Primorje-Gorski Kotar County) presenting the project Cultural-tourist Route “the Routes of the Frankopans”, followed by mr. sc. Vlatko Čakširan (City Museum Sisak) presenting the „Info center of Industrial Heritage – Holland House“. Best practice example with regards to EU projects aimed at promoting co-operation between central European cities, and providing other cities, though their associations, with recommendations on how to improve hidden cultural heritage potentials were presented by Sonja Lukin and Tanja Pavlovic – Flegar (City of Rijeka), with the „Forget Heritage“ project, followed by Luka Rodela (Molekula Association) presenting the re-use center pilot within the same project, providing us with a short „beginners guide“ to heritage management in the context of forlorn industrial factories of Rijeka.

On Wednesday, September 19th, the most important current Rijeka project, Rijeka 2020 – European Capital of Culture was presented by Dorian Celcer, Partnership and Protocol Coordinator at the Rijeka2020 d.o.o.  He provided a showcase of the initial idea, application process, current developments and the seven flagships overview with the goals and legacy of the project, expected after 2020. 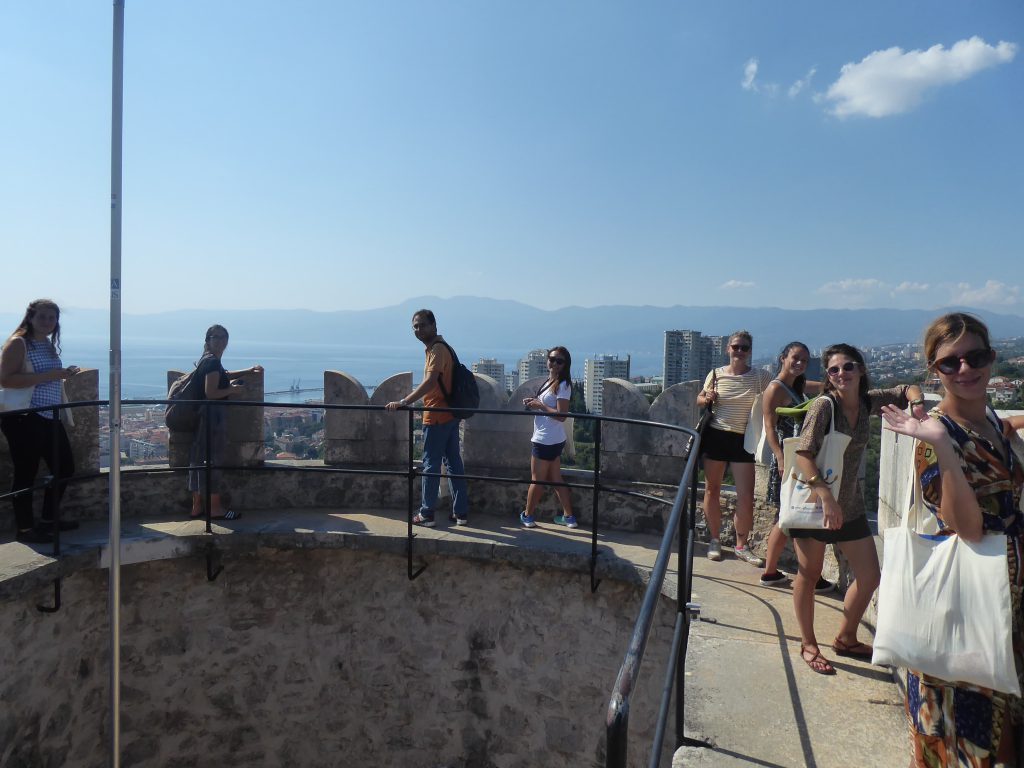 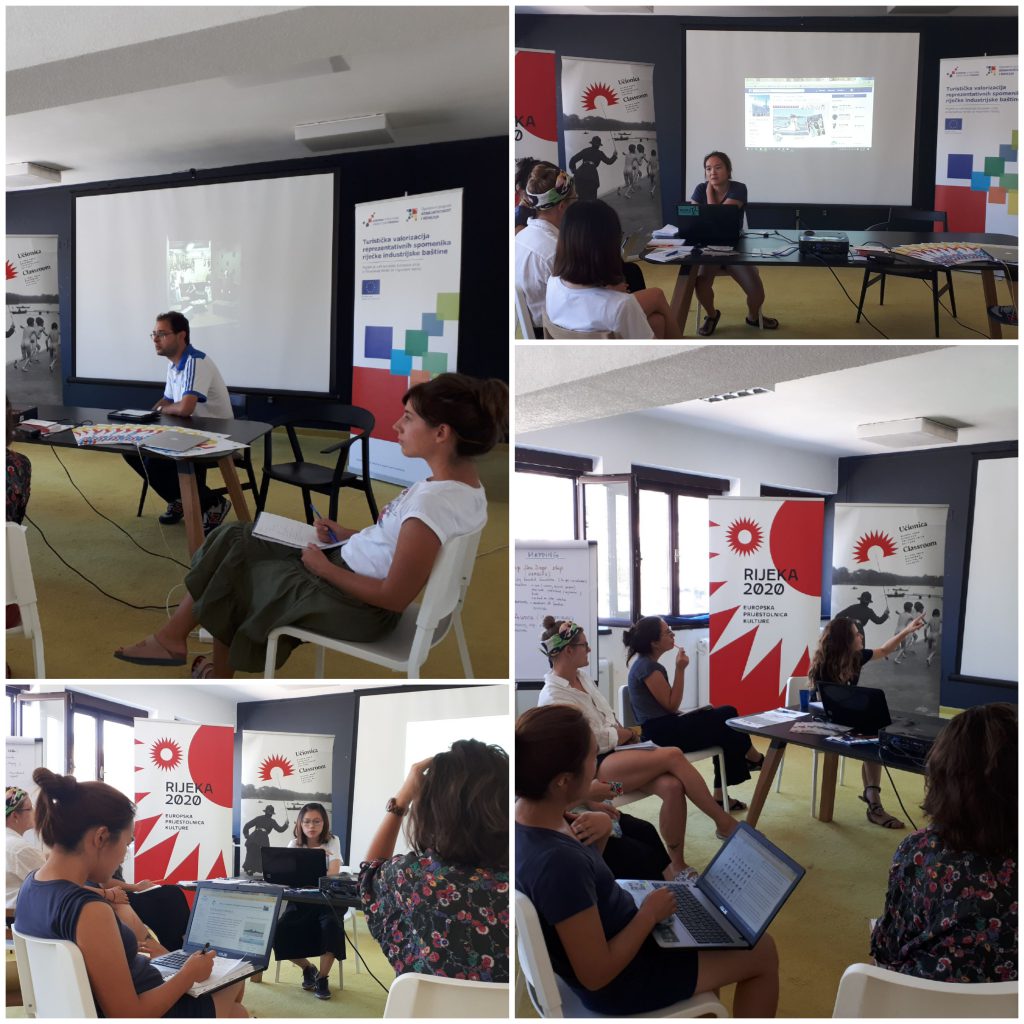 On Friday, the students worked on the SWOT analysis of the Galeb ship, a week-long task with an agenda of forming innovative interpretation proposals and a final document to be presented after working in situ at the Museum of Modern and Contemporary Art, in vicinity of the Sugar Refinery administrative building, a magnificent late Baroque palace remained from the former complex, built in 1786 in Rijeka. The building is currently in the process of renovation within the program of the “Touristic Valorisation of Representative Monuments of Rijeka’s Industrial Heritage” project, funded by the European Regional Development Fund – Operational Program “Competitiveness and Cohesion”. Once renovated, in 2020 the Baroque palace will become the new City Museum of Rijeka. The project is managed by the City of Rijeka in partnership with the Rijeka Tourist Board and the University of Rijeka – Center for Industrial Heritage and the CAS SEE.

Over the weekend, the volunteers visited Labin and Raša in Istria, where they had a guided tour and a short lecture on the interesting and somewhat hidden history of coal mining industrial town of Raša. On Monday, the working session continued with the Sugar Refinery analysis at the DeltaLab. 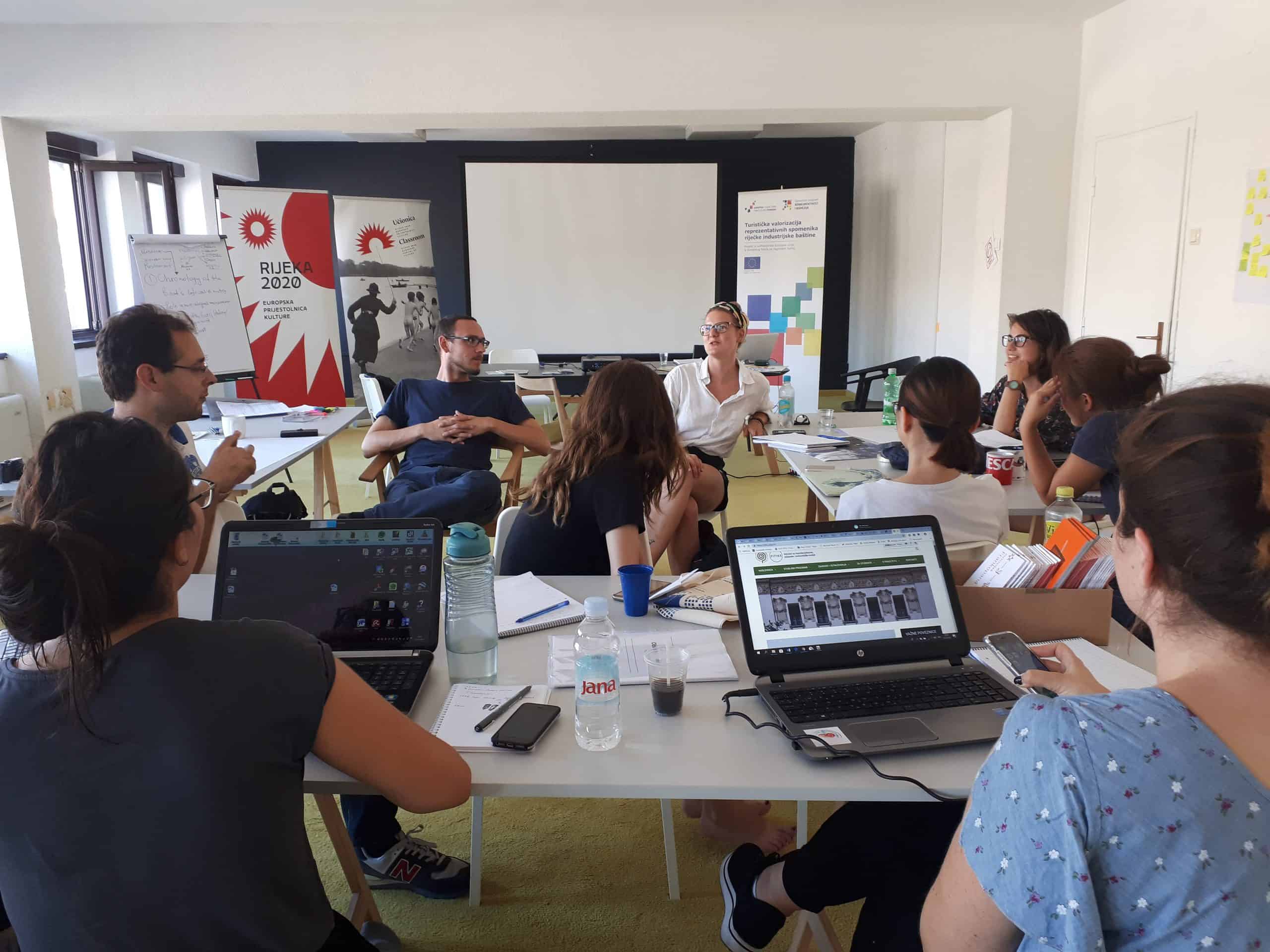 On Tuesday afternoon at Delta Lab the volunteers had another public event in the framework of the International Workshop on Interpretation of Industrial Heritage summer school, they were presenting examples of good practices from all over the world.

On Wednesday, the morning session began with a guided visit to the Sugar Refinery administrative building and then we continued the day with the analysis for the Sugar Refinery interpretation proposals at the Museum of Modern and Contemporary Art in Rijeka during another public event, the Open Doors Day, which gave the opportunity to welcome guests at the working site of the Museum. The volunteers also visited the opening of the newly built RiHub, a co-working space aimed at hosting the creative industry, Rijeka 2020 d.o.o. offices and freelancers as well as providing a space for versatile educational and creative events. 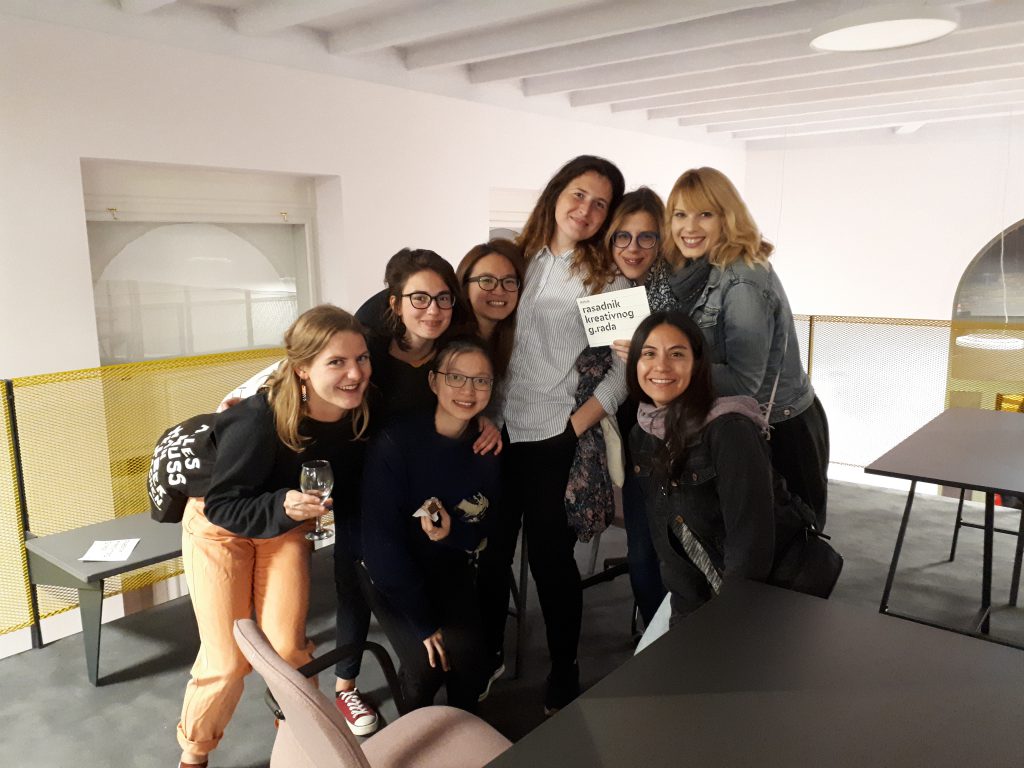 The final proposal presentation of innovative interpretations by the European Heritage Volunteers is set for Friday, Saturday 28th, starting at 5.00 pm at the Delta Lab (Delta 5) in Rijeka.