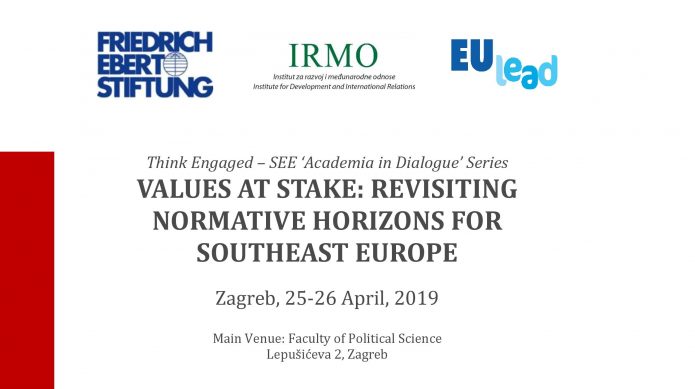 Public Discussion: Can Values Unite Us? (in B/H/S language)

Keynote address: What is this thing called Populism?

The region of Southeast Europe has been expected to progress almost linearly on the European path, internalizing democratic and liberal values that the EU stands for. The Article 2 of the Treaty of the European Union is the foundation on which the EU ‘normative power’ is based upon: “The Union is founded on the values of respect for human dignity, freedom, democracy, equality, the rule of law and respect for human rights, including the rights of persons belonging to minorities. These values are common to the Member States in a society in which pluralism, non-discrimination, tolerance, justice, solidarity and equality between women and men prevail.”

In Southeast Europe, this normative power was – at least for a while since 2000 – largely uncontested. The assumption was that there is and will be no “turning back” from (the path towards) shared values, democracy, and the rule of law. What almost naturally added to this notion of a “normative empire” EU was the assumption that democracy is the supreme form of a political system, one that is able to “export” its norms to the neighborhood and the Enlargement candidate countries and act as a “normative hegemon”. (see Haukkala in Whitman 2011) With shifting normative horizons globally and in Europe, the EU “normative empire” EU is challenged, be it by illiberal democracies from within, or by competitive (neoliberal) authoritarian regimes (Solska, Bieber, Taleski 2018) from outside including various forms of populist nationalism, tribalism, and xenophobia. In Southeast Europe we see a new “normative market-place” emerging, where the universality of EU norms and values such as democracy, human rights and freedoms and the principle of the rule of law are at stake and openly challenged by alternatives. Anti-EU, anti-liberal visions are on rise. Rather than having the EU as the only “exporter” of liberal values, we observe an import of “anti-liberal” standards from the EU.

The workshop will address the shifting normative horizons in Southeast Europe. It will reconsider the power of the EU as a “normative empire”, look into the historicity of the normative claims and discuss the current “normative market-place” in the region. It will also look into various forms of liberal and emancipatory action and engagement and their normative claims as opposed to right-wing and nationalist movements present in the region. Last but not least, it will engage in thinking about possible utopian horizons able to reclaim democracy, freedom and emancipatory societal values.

The workshop aims at bringing together representatives of academia, civil society and political parties (if possible) to engage in a vivid and, hopefully, controversial debate on normative horizons and clashing values in SEE. 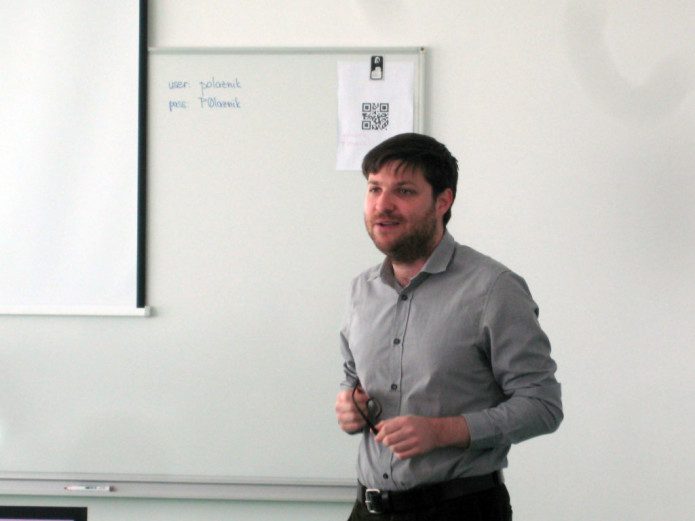 This talk discusses a project, a work in progress, jointly developed by Dr Eloisa Betti and Dr Vladimir Unkovski-Korica, about the twinning of Bologna and Zagreb in the Cold War. Town twinning in the interwar period of the twentieth century has been called ‘Locarno from below’, an attempt to normalise relations in a continent ravaged by a world war. Named after the Locarno Treaties of 1925, which settled borders and promised mutual non-aggression in Europe. ‘Locarno from below’ related to attempts to use town twinning to educate populations in the spirit of partnership. Since this failed to prevent another war, why did town twinning recover after the Second World War and in the thick of the Cold War? Moreover, why concentrate on Bologna and Zagreb? This talk discusses town twinning as an attempt at overcoming several emblematic problems: improving relations between two states with recent border disputes and war; improving economic links as a bridge across political divisions; internationalising ‘municipal socialism’ as a road to national power; and increasing regional autonomies using city initiatives against the strait-jacket of nation-states. The talk therefore interrogates to what extent the links set up between Bologna and Zagreb can be seen as an early form of détente as various actors responded to the logic of a bipolar world. It also asks whether the hope of ‘détente from below’ was in fact utopian in the context of international economic inequalities, and therefore a harbinger of what we now know as globalisation. Finally, Dr Unkovski-Korica discusses the challenges of researching this topic on the Yugoslav side in relation to the state of archival sources.