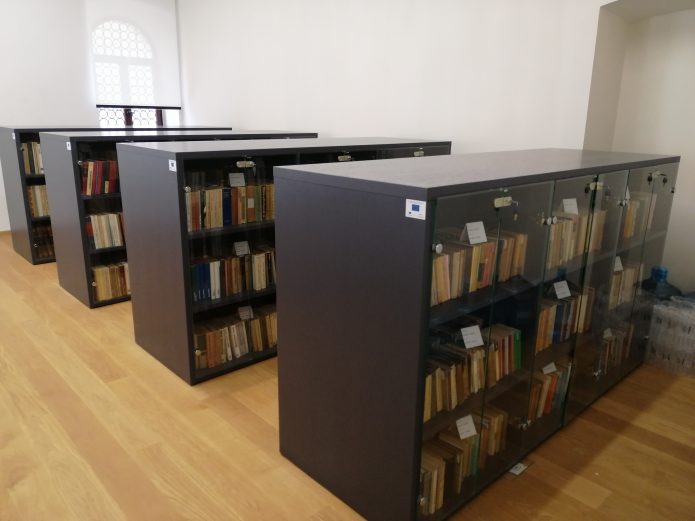 Last week, experts from the University Library Rijeka visited the Moise Palace to systematize and organize an extensive collection of material from the private library of Branko Horvat, one of Croatia’s and Yugoslavia’s most prominent economists in the second half of the 20th century. He was a prolific scientist and a dedicated educator, and an advocate of new views on the economy with active state policy, democracy, and self-government.

The collection of 5,000 titles was donated by his daughters, Branka and Olga Horvat, to the University Library in Rijeka. This collection finds its permanent home in the Moise Palace, the University of Rijeka’s educational center.

Numerous works by Branko Horvat are available in the collection, written in Croatian and English, and translated into other world languages. As a reflection of the scientific and professional interest and work of Branko Horvat, the collection contains several works by some of the world’s most influential economists of the 20th century (JM Keynes, A. Smith, M. Friedman, PA Samuelson, A. Marshall, LR Klein, etc.) and a number winner of the Nobel Prize in Economics (J. Tobin, JE Stiglitz, A. Sen, E. Phelps). Some works are in English, while some are available in translation. As a scientist, Branko Horvat has published 29 books, many of which have been translated into several foreign languages. He is the author of over 650 titles of published studies and scientific and professional papers, which have also been translated into foreign languages. His book Political Economy of Socialism (first edition in 1982) was named Book of the Year in the United States. Based on that book, the American Society of Economists nominated him for the Nobel Prize in Economics.