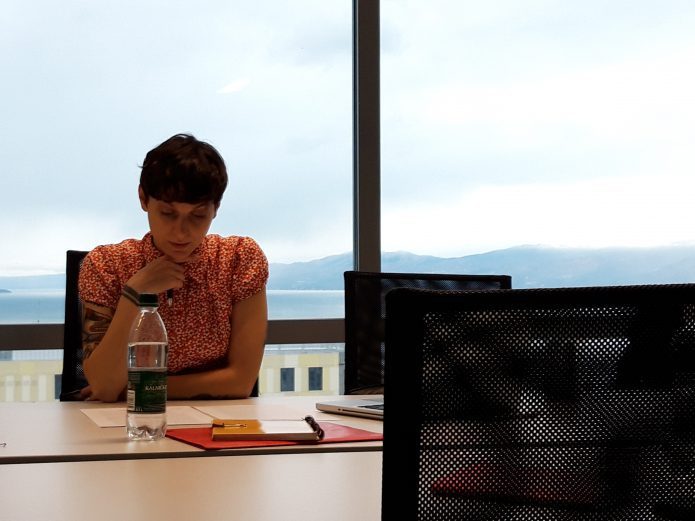 This lecture addressed Judith Butler’s stances on precarising discourses. Her analysis on precariousness and precarity are key nowadays, when we are witnessing an unsettling and dangerous rise of fascistic discourses. Vulnerability is, then, a key concept for this project. Cano Abadia reflected on it within the tension that its riskiness implies: on the one hand, it connects us to our fragility; on the other hand, it is related to our power to act, to our political agency, and it allows us to share a powerful bond that enables political stances and transformative actions.

Mónica Cano Abadía obtained her Ph.D. in Philosophical Studies at the University of Zaragoza (Spain) with a Thesis Dissertation on Judith Butler entitled “Identities at Risk of Exclusion. Subversive Strategies of Social Transformation.” She is currently working as an Assistant Professor at the Section of Political Philosophy at the Institute of Philosophy (University of Graz, Austria) and is a member of the Research Group “Justice, Citizenship, and Vulnerability” (University of La Laguna, Spain). She has been a fellow at the CAS SEE since September 2017, where she has conducted her research on the project “The Re-Radicalization of Critical Thinking: Toward a Global Social Justice with Rosi Braidotti and Judith Butler.” In addition to lectures and publications focusing on queer theory, she has written on new materialisms, global justice, and posthuman critical theory.