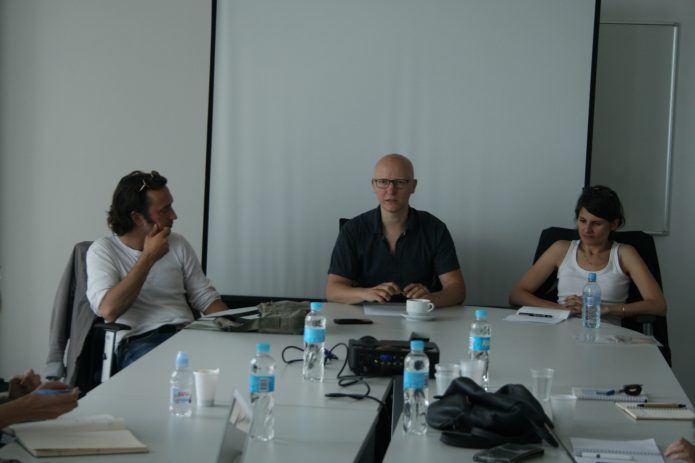 According to Spinoza, rights of individuals or groups are identical to their physical or psychical capabilities. If contemporary theory, including its Marxist variations, Althusser and Foucault, explains political and social relations as the relations of power and domination, of ideology and hegemony, then one could say that it follows the premises of Spinoza’s Political Treatise. However, while there is little doubt that power relations are a required condition of any sensible political theory, do they also constitute its sufficient condition? The panelists will argue this is not the case, and that one must indeed study not only power relations, but also a category which we can call the truth.

Kolenc, Komel and Moder are members of the Aufhebung International Hegelian Association based in Ljubljana, Slovenia. Dr. Bara Kolenc, philosopher and artist, winner of the Theatertreffen Stueckemarkt Commission of Work 2016 award, is the author of Repetition and Enactment: Kierkegaard, Psychoanalysis, Theatre (DTP, 2014). Dr. Mirt Komel, writer and philosopher, is the author of Discourse and Violence (DTP, 2012), The Socratic Touches (FDV, 2015) and The Attempt of a Touch (FDV, 2008). Dr. Gregor Moder, currently a fellow at CAS SEE Rijeka, teaches philosophy of art at the University of Ljubljana and is the author of Hegel and Spinoza: Substance and Negativity (Northwestern University Press, 2017).