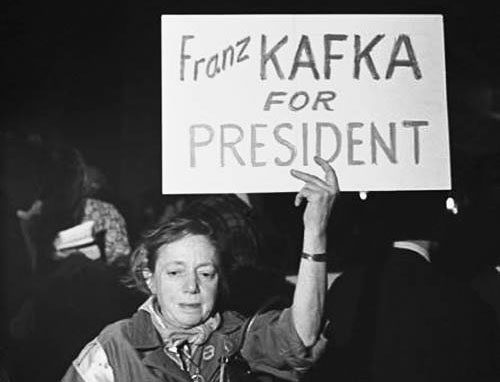 Seminar “How to Research Like a Dog: Kafka’s New Science”

This seminar will consist in a close reading of Kafka’s short story “Investigations of a Dog.” In this story we are presented with a brilliant and sometimes hilarious parody of scientific research and the norms that govern the production of knowledge, what Lacan called the “University discourse.” And indeed, if there is one word to describe today’s neoliberal management of the university with its proliferation of review mechanisms, corporate directives, and administrative layers, it is “Kafkaesque.” And yet Kafka was not only a prescient diagnostician of our hyper-bureaucratic times, but also the theorist of an alternative science, another way of thinking, even, perhaps, of a way out. Against the Kafkaesque neoliberal management of the university, the revolutionary studies of Kafka’s dog. What would be the kind of academy, the New University or enlightened institute of the future, that could accept the investigations of a dog as a veritable research program? What if we were to take the animal’s scholarly career, with its hallucinatory visions, paradoxical speculations, and extreme self-experimentation, seriously? In the guise of writing about a lone canine’s attempts to come to grips with his peculiarities and those of his world—that is, in chronicling the thinker’s dogged pursuit of his alienation, his incapacity to “live in harmony with my people and accept in silence whatever disturbs the harmony”—, Kafka comes closest to giving us his philosophical manifesto. Aaron Schuster received his BA from Amherst College (USA), where he specialized in legal theory, and MA and PhD in Philosophy from the Katholieke Universiteit Leuven (Belgium). His doctoral dissertation, The Trouble With Pleasure: Philosophy and Psychoanalysis, examined the concept of pleasure in the history of philosophy, concluding with Freud and Lacan. He was a researcher at the Jan van Eyck Academie in 2005-2006, and has taught at PARTS (Performing Arts Research Training Studios) in Brussels. He is a currently the theory instructor at the Sandberg Institute, Amsterdam. In addition to lectures and publications focusing on 20th century continental philosophy, he has written on contemporary art and culture for Cabinet, Metropolis M, Frieze, and others, and has collaborated as a writer with artists on a number of projects and performances.