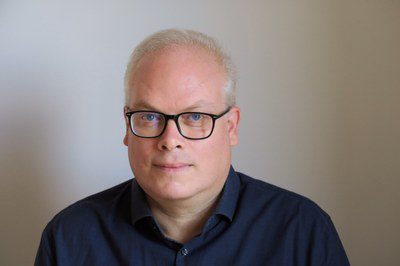 On Thursday, December 10th, we hosted CAS SEE Weekly Seminar with Nenad Stefanov, presented by our fellow Roswitha Kersten-Pejanić. The seminar is entitled „The “magic” of maps. About the Visualization of Ethnization of Society”.

In the perception of the wars over ethnically homogeneous territories in Yugoslavia in the 1990s, “cultural boundaries” are often considered a plausible cause of conflict even today. However, such borders were first established discursively and in particular visually in maps or other graphic representations. The developments in the (post)Yugoslavian region since the 1990s can show how intensively cartographic representations were used and utilized to support essentialist argumentations to legitimize territorial claims. The question thus arises as to what social function such visualizations of ethnicity have in the concrete spatial context and how they ultimately shape the actions of a wide variety of different societal actors.

Nenad Stefanov a historian and scientific coordinator at the Interdisciplinary Center for Border Research at “Crossing Borders” at the Humboldt University of Berlin. One research focus in this context is the social production of borders. It was precisely authoritarian and populist movements in Yugoslavia in the 1980s that forced new forms of demarcation based on ethnically homogenous communities. The subsequent materialization of such ethnic demarcation, its dominance, is the result of equally conflictual social processes in which authoritarian patterns of action become hegemonic.
A further research area is currently the study of lines of communication in the long term in the Central Balkans. For example, the line of communication that connected Central Europe and Asia Minor in various epochs and which became known as the Via Militaris, or Orta Kol in the Ottoman period, gained prominence with the Orient Express.
His last published book is about the “intention of borders” in Balkans: Die Erfindung der Grenzen auf dem Balkan. Von einer spätosmanischen Region zu nationalstaatlichen Peripherien: Pirot und Caribrod 1856–1989, Wiesbaden: Harrassowitz, 2017.